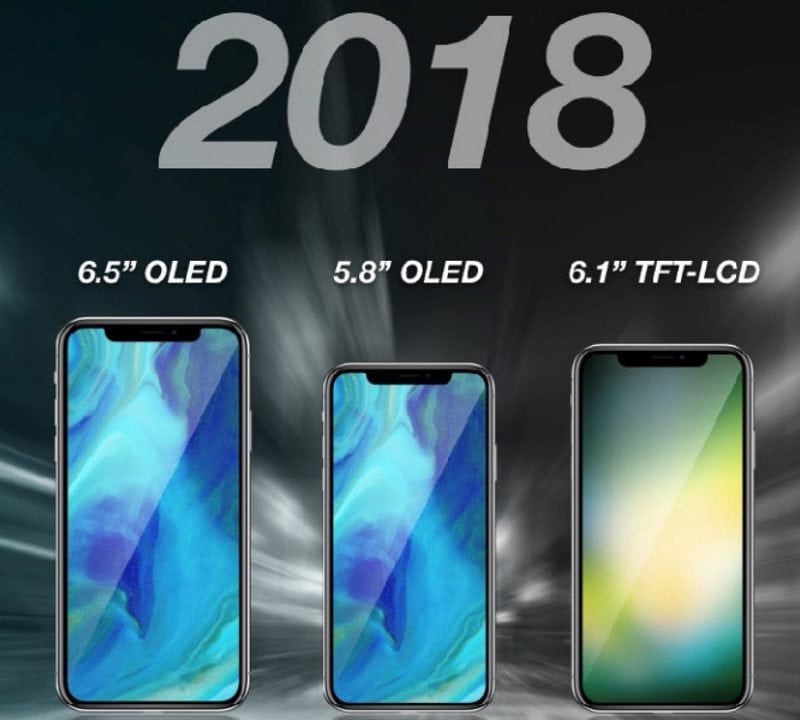 Apple to announce three new iPhones at its event this Wednesday!

With only a day to go until apple announces its three new iPhone’s and this is the point where every rumor swings into spotlight.

The latest rumor comes from a twitter post posted by Ben Geskin. He posted pictures of “dummy handsets” and said they were actual real photos of the 6.1-inch LCD iPhone! Which is one of the three that hopefully get announced on the 12th. 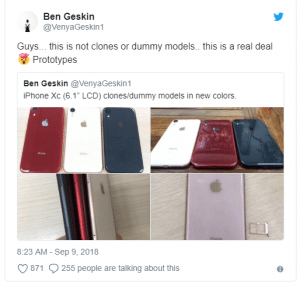 Apple is expected to release an even bigger version of the iPhone XS.. The iPhone XPlus maybe?

As well as the not so expensive version as the priciest iPhone yet has been roughly £999 but the iPhone X was the bestselling phone every quarter since it got released back in November 2017 so hopefully bringing out a less-expensive version will certainly widen its addressable market.

Apple is likely to deliver the normal enhancements such as new build materials and colours, a bump in processing speeds, higher screen resolution and tweaks to extend battery life.

One of the new 2018 iPhone models could have a rear-facing camera with a triple-lens array, according to the Chinese language Economic Daily News (as reported by MacRumors).

Apple’s rumoured plan is to release three new iPhones this year. Two with OLED screens and one using an LCD screen. While it’s assumed the two OLED models will ship in September, according to Morgan Stanley analyst Katy Huberty, we may not see the LCD iPhone until late October.

Apple sent out invites Thursday for an event on Sept. 12 at the Steve Jobs Theater in Cupertino, California. The company might announce more than just a new iPhone. A new Apple Watch may also be on tap for the Sept. 12 event.

On 21 August, German website Macerkopf claimed that the apple iPhone(s) would be available to pre-order on Friday 14 Sep, which suggests they will hit the shops on Friday 21 or, at the latest, Friday 28 September. But the new iPhones may not all arrive at the same time. (In 2017 the X arrived one month after the 8 and 8 Plus.)