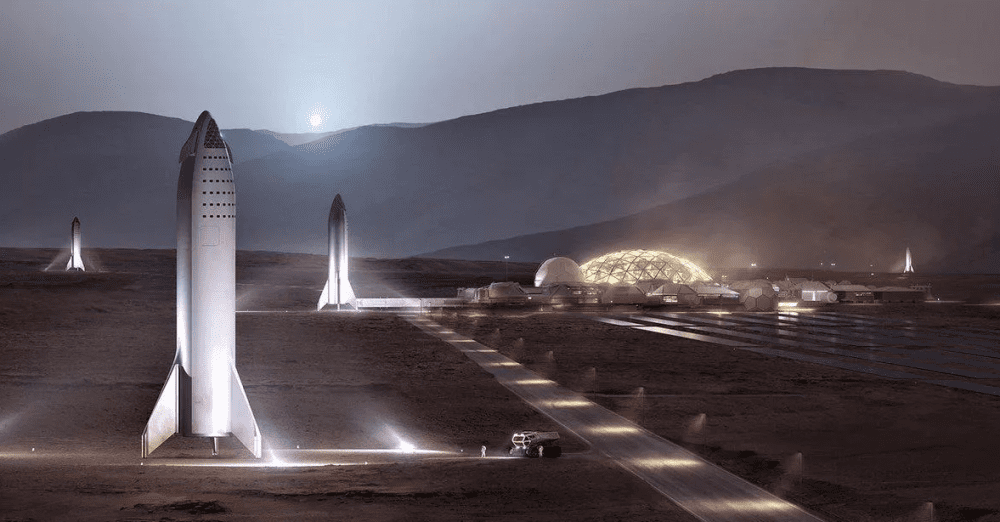 Elon Musk, Founder of Space-X and Tesla, has dropped details of how he plans to launch a million people to the Red Planet by 2050, creating a mega-colony of some sort.

Elon outlined his plans on Twitter, stating that he wants to build 100 Starships per year to send 100,000 brave souls from Earth to Mars, every time the planets’ orbital positions aligns favourably for the mission.

The distance between Earth and Mars is roughly 309.72 million km and gets relatively close every 26 months. Elon believes that to achieve his vision will involve loading 1,000 Starships into orbit and sending them off over the course of a month during the prime period for minimal commute. Although, commuters on board are still expected to spend months in space before reaching their destination.

Starship design goal is 3 flights/day avg rate, so ~1000 flights/year at >100 tons/flight, so every 10 ships yield 1 megaton per year to orbit

Musk believes there will be plenty of jobs on Mars and that anyone is welcomed to join the new ‘world’. If you are concerned about the cost of getting your one-way ticket, he says “there will be loans available for those that don’t have the money”.

If you are also wondering how he will find the money to fund his plans, he tweeted “Helping to pay for this is why I’m accumulating assets on Earth,”.

Understandably, many people are sceptical considering the scope of the mission and the potential problems the company will face, such as solar flares and the impact zero g will have on the human body. But despite this, Elon Musk is not letting anyone stop him from fulfilling his vision. Only time will tell.