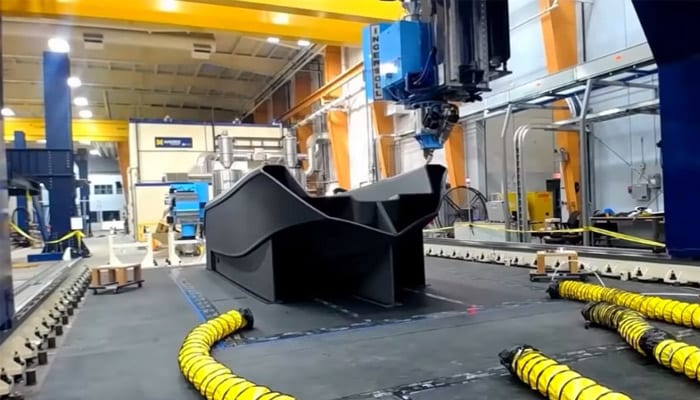 The university says that the boat weighs 5,000 pounds and measures 25 feet in length and was manufactured in just 72 hours from a mixture of plastic and wood cellulose. However, this isn’t the largest structure the 3D printer can produce. If pushed to its limits, it can print objects up to 100 feet long, 22 feet wide, and 10 feet high! 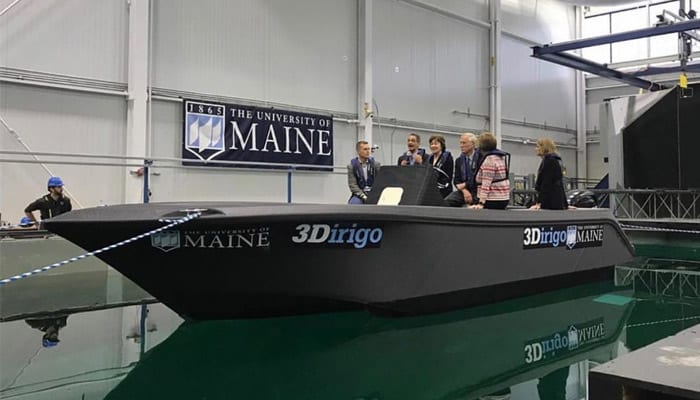 “This 3D printer is an outgrowth of research we have been doing for 15 years in combining cellulosic Nano and micro fibres with thermoplastic materials. Our goal is to print with 50% wood products at 500 pounds per hour, and achieve properties similar to aluminium.  We thank our congressional delegation for their support,” said Habib Dagher, the executive director of the University of Maine’s Advanced Structures and Composites Centre.

Given the name 3Dirigo, this 25-foot and 5,000-pound 3D-printed boat underwent testing at the Alfond W2 Ocean Engineering Laboratory. It managed to pass with flying colours at the offshore model testing facility hosting a high-performance wind machine over a multidirectional wave basin.

The time-lapse of the entire building process can be viewed in the video below: