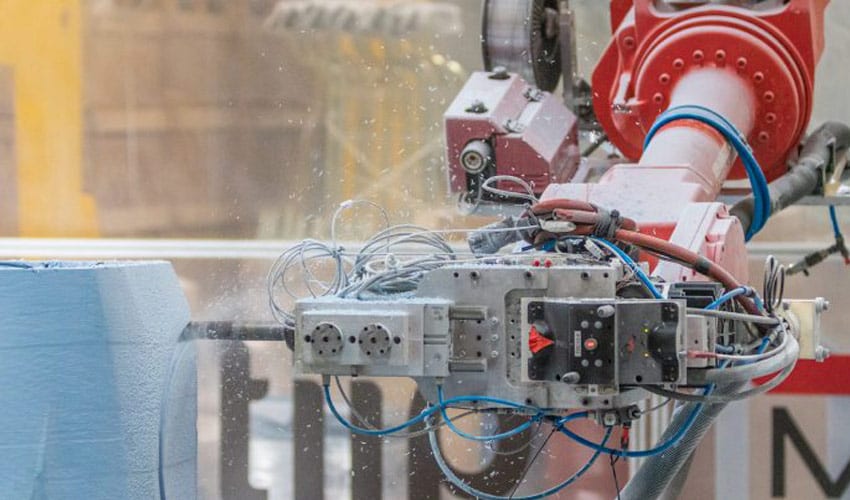 Funded by the EU and based in Zaragoza, Spain, the Kraken Project’s hybrid 3D printer robots have improved productivity and efficiency of a whole range of European industrial sectors with three important features. The Kraken is 40% faster, 25% more productive and 30% less expensive than other similar technologies.

This advanced robot has the versatility to build highly complex structures on much larger surfaces, with diverse materials such as resin or aluminium and in real time. It also features interchangeable additive and subtractive heads giving it the capacity to create shapes by extracting material from various surfaces.

Innovatively, this machine is installed on the ceiling, thereby reclaiming 90% of floorspace, thus reducing costs enormously.

Industries interested in the Kraken Projects and its robot include the Aeronautical sector, the Shipyard industry, the Railway sector and the Renewable Energy industry, for its potential ability to manufacture large-scale machinery such as ships and wind turbine blades.

This fabulous hybrid between a robot and a 3D printer is changing the construction industry and moves us one step closer to perfecting artificial intelligence.